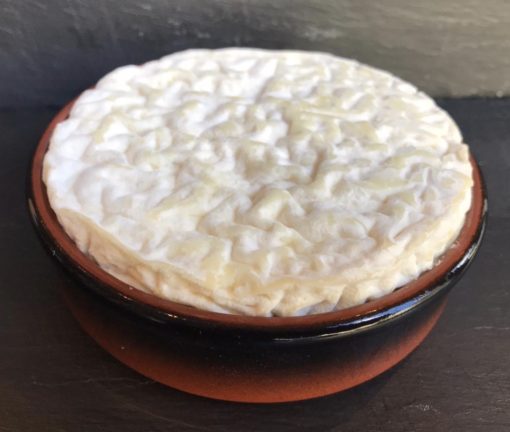 WHAT IT TASTES LIKE: A soft, tender medallion-shaped cheese with a natural washed gold coat with patches of white and blue bloomy moulds after a little ripening. The  paste is soft, golden and lactic, with a fruity, almost blackcurrant acid edge.

WHERE IT COMES FROM: Saint-Félicien originates in the French Isere, Rhone-Alpes region and is named after the small town where it was first produced and sold. It was originally made from goat’s milk. Saint-Félicien is similar to Saint-Marcellin but usually much softer, so much so that it is usually sold in a small pot to hold the runny paste.