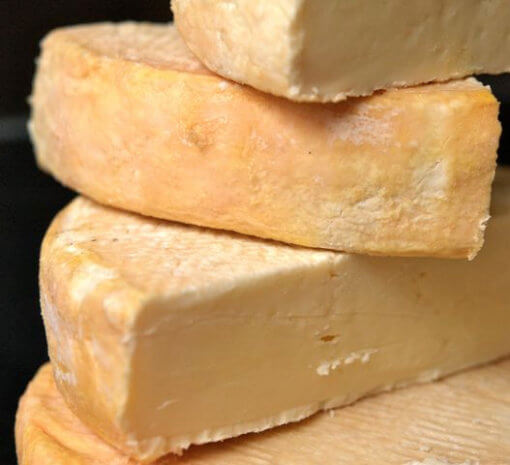 WHERE IT COMES FROM: Munster’s designated origin as a cheese means it has to be made from the raw milk of cows mainly in the Vosges region of eastern France, near the border with Germany. It was originally made in monasteries in the area and named after the Alsace town of Muenster. Matured in damp cellars for 70 days, it is rubbed by hand with a brine solution of rock salt, annatto and water which gives the cheese a pronounced powerful aroma.